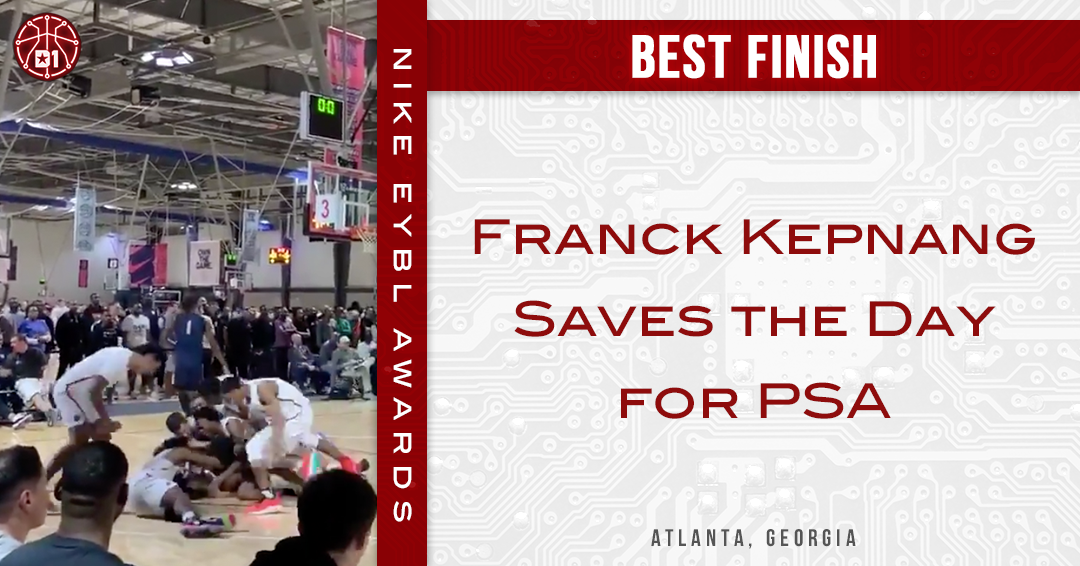 The circuit kicked off with three regional matchups in the first time slot, including a super-entertaining affair between the New York Renaissance vs. the PSA Cardinals (NY).

Tied at 70 with seconds remaining, PSA had possession and a chance to win. Their first couple attempts went awry, but 5-star sophomore big man Franck Kepnang was able to get off one last shot before the buzzer. A friendly bounce later and his Cardinals teammates mobbed in jubilation him as he lay on the court.

Check out the game-winner:

View All
Tweets by @D1Circuit