Plenty of young prospects made a statement in Atlanta, and while we usually aim to narrow it down to one player, this season's opening session featured two players that couldn't be ignored.

Check out the story on both floor generals below: 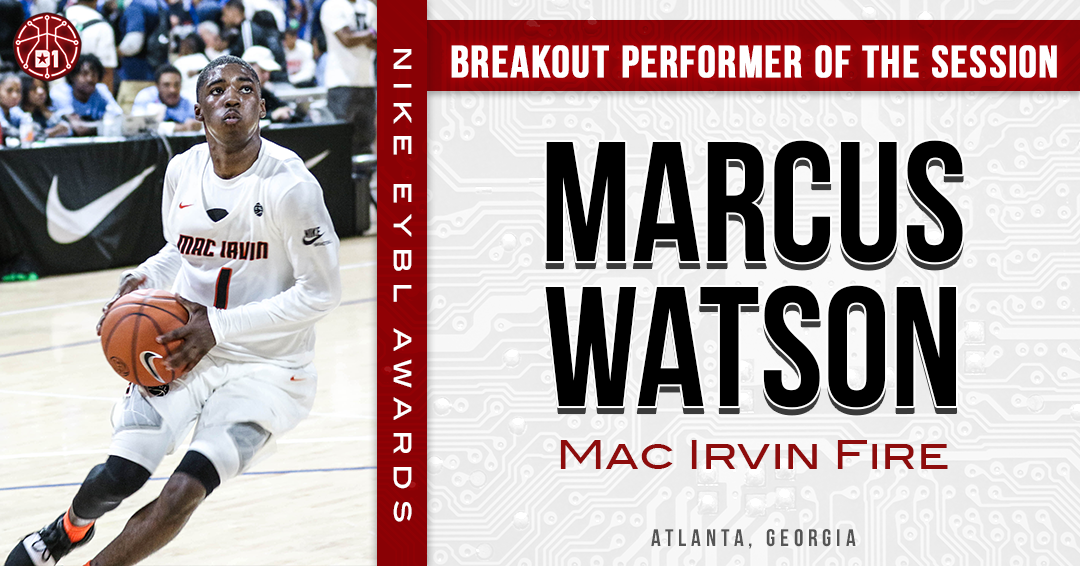 The Mac Irvin Fire started off with a winning session for the first time in three years, rattling off a 3-1 record behind a balanced lineup.

Marcus Watson Jr operates as the Fire's floor general, and he hit the ground running in Atlanta. A tough, gritty, left-handed guard with energy for days, Watson is dynamic with the ball in his hands, and his playmaking ability and lightning-quick speed converted on the stat sheet in a big way.

In four games - three wins - Watson averaged 13.0 points on 63.6 FG% shooting. More impressively, Watson dished out an EYBL-league 37 assists (9.2 APG) while turning the ball over 3.2 times per contest. He had the ball in his hands early and often, and the 6-foot-1 junior proved that he can be trusted.

"Marcus Watson is super fast and electric with the ball," head coach Mike Irvin said. "He might be the fastest player in the country. He's a throw-back Chicago point guard that is good on both ends of the floor."

As far as Irvin is concerned, this is a long time coming for the speedy point guard.

"Now the hard work is paying off."

Marcus Watson digging in his back late in the shot clock! ⁦@TheMacIrvinFire⁩ #Nike #EYBL #Chicago pic.twitter.com/7MzYxJtitV 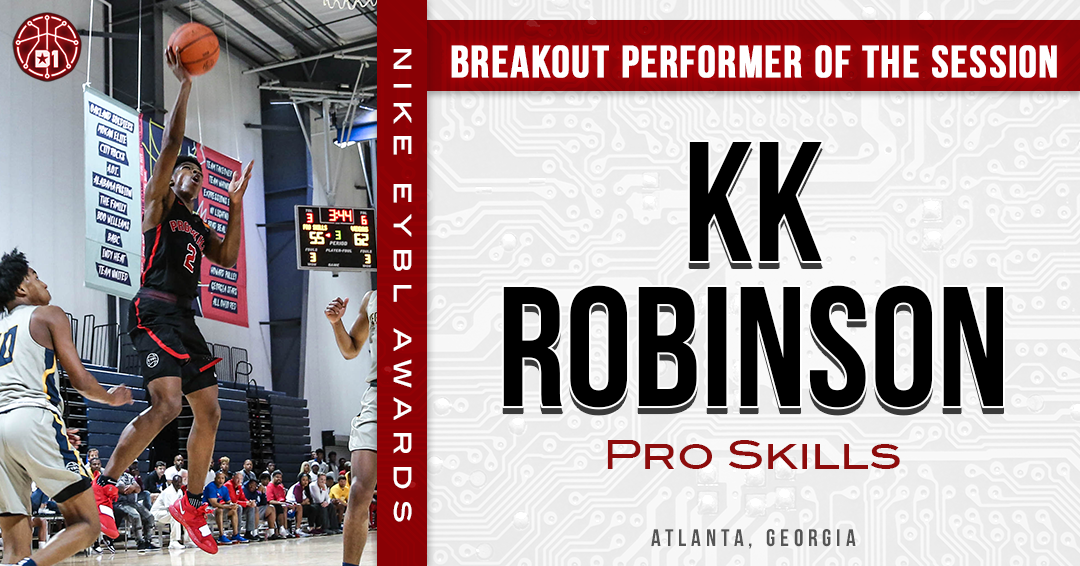 KK Robinson looked stellar in his 4-game EYBL debut, helping Pro Skills to a 3-1 record while raising his individual stock through the roof.

The 6-foot Robinson averaged 19.5 points on 57.5 percent shooting and a blistering 57.1 percent (8-14) from the perimeter. The Bryant (AR) high school product also added 3.2 rebounds and 3.5 assists per game while only turning the ball over two times per contest.

Robinson paired with junior star Micah Peavy (247 4-star) in the backcourt, combining to average 42.7 points per game while handling the majority of the playmaking. Head coach Jeff Webster realizes he has something special with his backcourt duo.

"I'm blessed to have these two young men in the program," Webster said. "They are gifted basketball players, but they are great teammates and even better young men."

"It’s what we have always known," Webster said. "I coached his older brother Kelvin, so the apple doesn't fall far from the tree."

Highlights from Robinson at Pro Skills' preseason event "Who Want The Smoke."