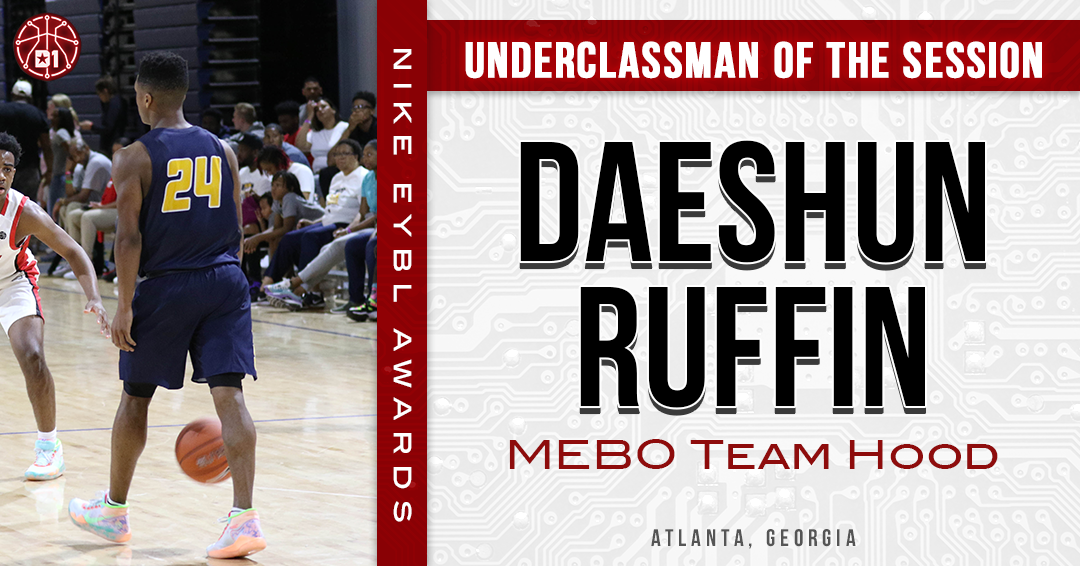 Heading into the 2019 EYBL season, Mississippi Elite Basketball Organization knew it had a potential superstar in sophomore Daeshun Ruffin.

After four games in Atlanta, the rest of the basketball should now be in agreement with that previous sentiment.

A 5-foot-10 scoring point guard hailing from Callaway (MS) high school, Ruffin has plenty of juice and even more heart. He’s dynamic with the ball in his hands, a consistent threat from the perimeter, and is lethal in transition. Aside from his skills as a basketball player, his effort, determination, and never-back-down attitude don't go unnoticed.

Ruffin’s overall skill set was on full display during session one as MEBO had one of their best sessions in their short 3-year history as an EYBL program. Ruffin led MEBO to a 2-2 record with wins over Houston Hoops and Team Melo, and he put up some eye-popping numbers in the process.

“Daeshun is the engine to our team,” said Kelvin Nixon. “He’s a dynamic scorer, play maker, and an even better person off the court.”

Ruffin has the tools to be a program-changing player, and he and his teammates have their sights set on their first 17U Peach Jam bid in program history. Ruffin is an incredible talent, and according to Nixon, the only aspect of his game that trumps his overall skill-set is his work ethic.

“He means everything to our program,” Nixon said. “To be the best player in the state of Mississippi as an underclassman speaks volumes of how hard he works at his craft.”