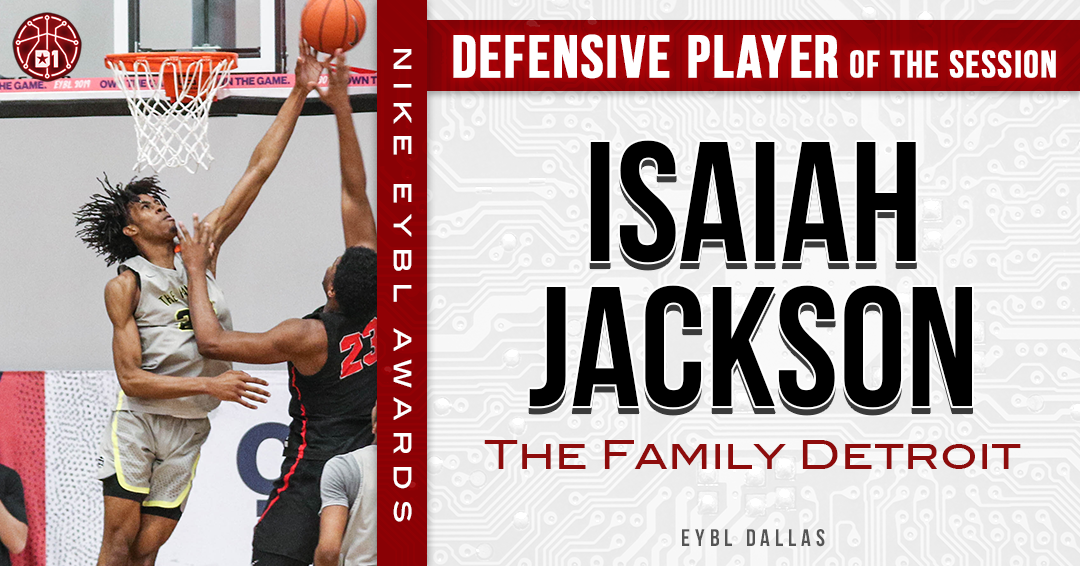 In order to qualify for Peach Jam, The Family Detroit needed a win in their season finale against the Indy Heat.

The 6-foot-10 junior was the ultimate rim-protector against the Heat, blocking eight shots en route to a 75-68 win. The game was much closer than the score implied, as Jackson's last defensive stand was his most important.

Coming out of a timeout with under 30 seconds to play, Jackson tallied four blocks (three recorded) as the Heat attempted a series of shots to tie the game. The timing of the blocks was as clutch as it gets in basketball, and it helped clinch a Peach Jam berth for The Family. The win put a cap to a highly successful 8-5 regular season campaign, and head coach Courtney Williams knows his big man is a big reason why.

“Isaiah’s defensive ability is unlike any player I’ve ever coached,” Williams said. “His ability to hedge and switch out on ball screens and keep guards in front of him pairs with his relentless effort to block EVERY shot and protect the rim.”

Jackson’s athleticism allows him to efficiently defend the pick and roll, and his quick hops allow him to realize the full potential of his massive wingspan.

“(Isaiah) has the best second jump I’ve seen,” Williams said “It reminds me of Shawn Marion’s second jump. He can block shots with either hand.” 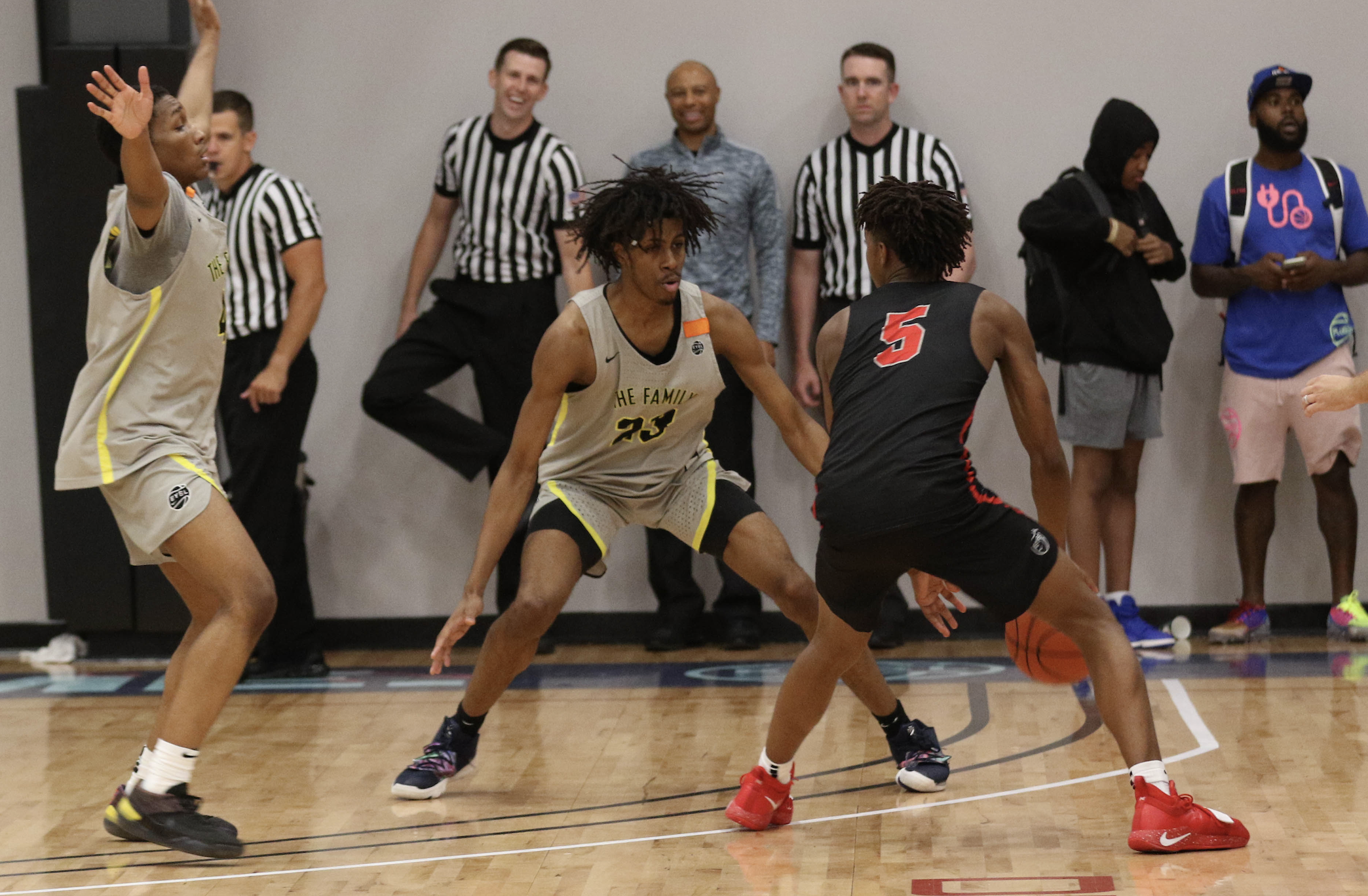 The 6-foot-10 junior was effective all session, averaging 4.6 blocks and six rebounds per contest. It's difficult to estimate how many total shots Jackson impacted over the five game stretch, but there are definitely some blocks and deflections that are unaccounted for. As Williams said, he has an advantage when defending the pick and roll, and a lot of that has to do with his quick feet and good fundamentals.

Jackson's teammate Jalen Terry was a top three finisher for Defensive Player of the Session after notching 4.2 steals per game in Dallas, and he realizes that his success is a direct connection to Jackson's abilities behind him.

"Glad we can rely on him," Terry said. "Whenever we get beat or gamble, we can trust him to have our back and he takes pride in blocking shots."

The Family Detroit is a tough, gritty squad, and they've bought into the defensive end under head coach Courtney Williams. Jackson has a tendency to get overzealous at times, but if he plays within himself, the impact he provides almost certainly bleeds through to his teammates.

"He loves playing defense," Terry said. "With him there, we are able to take some risks."

Aside from some early foul trouble against Boo Williams, Jackson was pivotal to The Family's season-long success. If he repeats this type of production in July, The Family will undoubtedly be bracket play contenders.

As for Jackson's potential at Peach Jam?