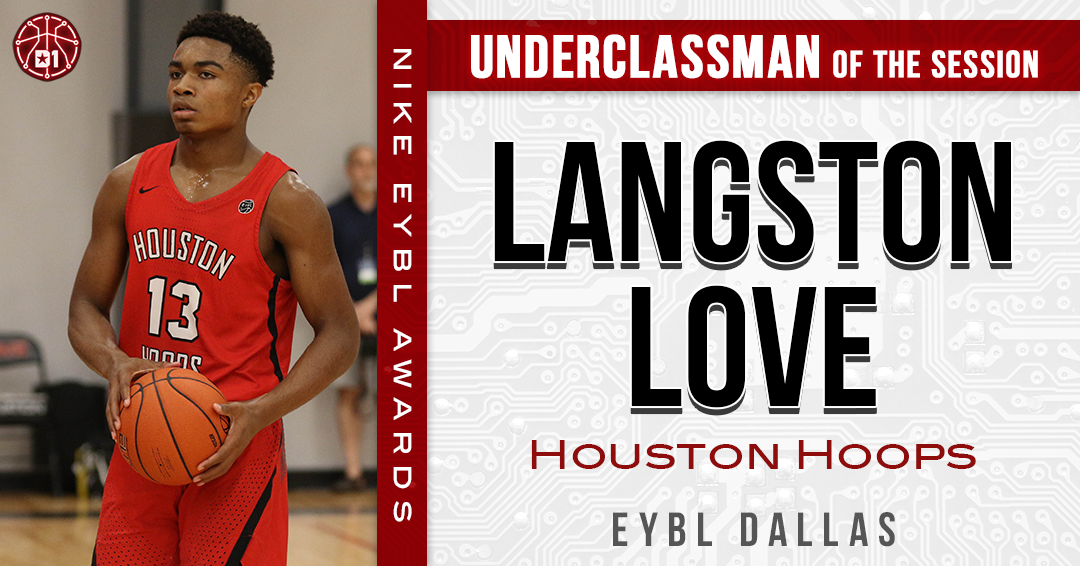 Houston Hoops started the season with some hardship.

Prior to the 2019 EYBL’s opening session in Atlanta, Houston Hoops' junior 4-star guard LJ Cryer went down with an ankle injury.

For the remainder of the Hoops’ backcourt, it was time to put up or shut up.

Already with two standout sessions under his belt leading the Hoops backcourt, the Houston Hoops sophomore took his game to another level in his home state. Over five games - three wins - Love averaged 23.8 points, 6.4 rebounds, and 3.0 assists while shooting 52.9 percent from the floor. In Dallas, Love defended multiple positions, facilitated the offense within head coach Tim Schumacher’s system, and displayed an elite ability to score at all three levels

His efficient and consistent play has impressed coach Schumacher, who spoke glowingly about his star sophomore.

"We've relied heavily on Langston, and he's really responded," Schumacher said. "He's an extremely talented player that has really stepped up for us this year with the absence of LJ."

When asked about the best part of Love's game, Schumacher didn't skip a beat.

"It's his consistency," Schumacher said. "For a young guy, he's really brought it every game for us. He's had one game that he got injured, so throw that one out. But other than that, he's been one that we can hang our hat on offensively and defensively, and he's impacted the game in a lot of ways." 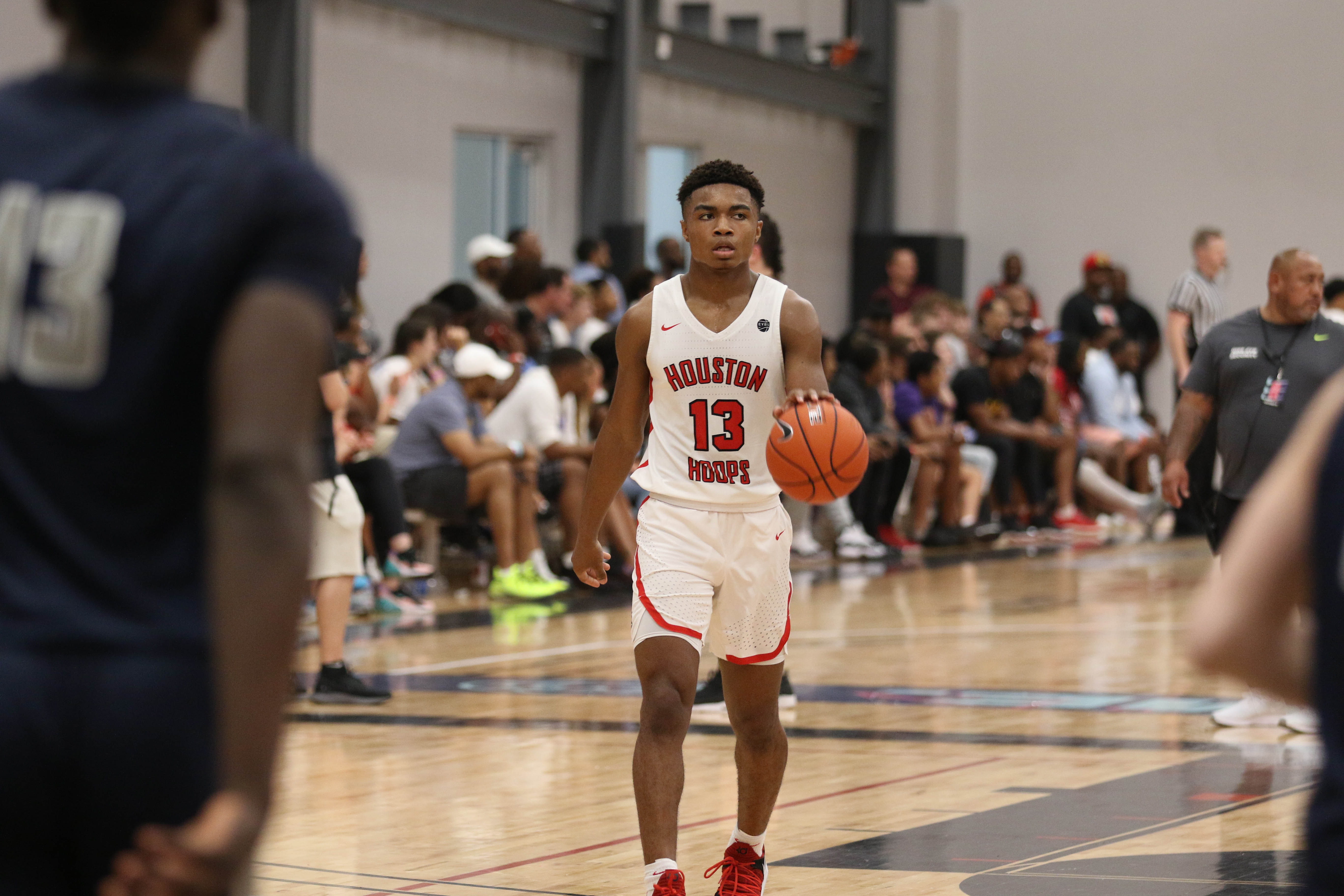 Love has been assisted by the solid play of fellow backcourt members Tramon Mark, Braelon Bush, and Antwon Norman, and that's helped him find a steady rhythm. Consistency is hard to come by from an underclassman on the circuit. In Love's case, his repeated success derives from a nonstop work ethic and the support of his close-knit family.

"You won't find a better person, or family," Schumacher said. "Tremendous kid. Tireless worker. He really wants to be great."

Schumacher has coached the likes of De'Aaron Fox, Justise Winslow, Kelly Oubre, and Justin Jackson over the years. According to Schumacher,  Love shares a lot of the same characteristics as his Hoops' NBA alumni, and it led to a somewhat obvious admission from coach Schumacher.

"Those type of guys," Schumacher said, pausing as he looked for the right words.

"They're really, really fun to coach. "