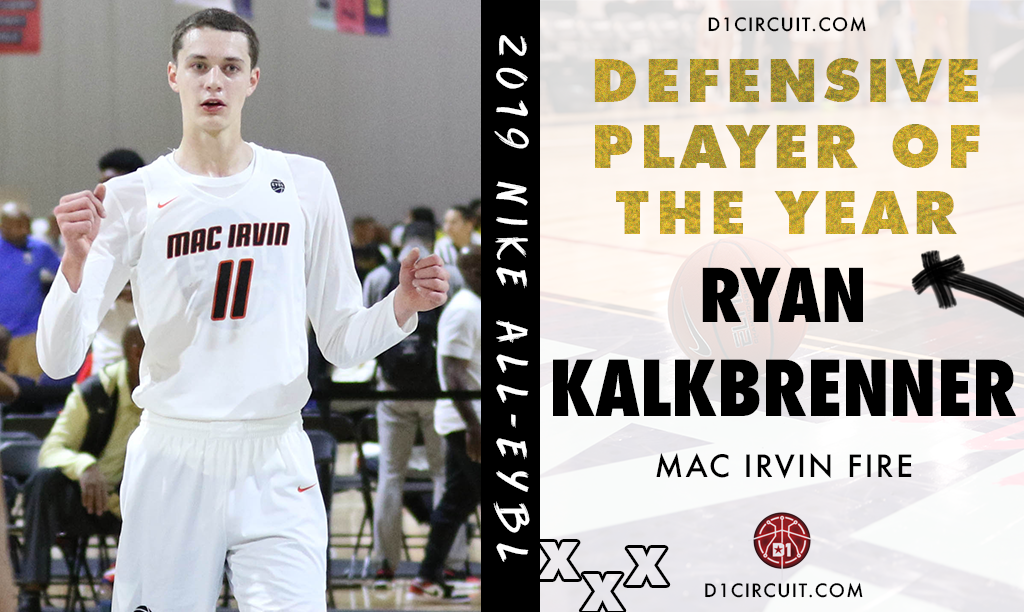 On the national level, Ryan Kalkbrenner entered the circuit as a relative unknown.

13 EYBL games and 58 blocked shots later, and Kalkbrenner can kiss his anonymity as a prospect goodbye.

The Mac Irvin Fire returned to prominence this spring, racking up a 10-3 record while beating some of the league's best. One of the biggest reasons for their success? The defensive output from Kalkbrenner.

A 7-foot junior hailing from Trinity Christian in St. Louis, Missouri, Kalkbrenner took full advantage of the opportunity of playing in the EYBL. Kalkbrenner proved to be an elite defensive presence for the entire spring, averaging 4.5 blocks and 8.9 rebounds in 13 games for the Fire.

Long and athletic with disciplined timing, Kalkbrenner took home top Defensive Player honors during the opening session after racking up 14 blocks over four games, setting the tone for his defensively dominant spring. Kalkbrenner averaged 5.4 blocks per game during the final session, including a 10-block performance against 3rd-ranked Woodz Elite.

Kalkbrenner recently appeared in 247 Sports Top 100, debuting at No. 91 after his outstanding spring. Head coach Mike Irvin has been in awe of his developing big man, and he recognizes his importance in their frontcourt.

"(Ryan) is the rest why we are one of the best teams in the country," Irvin said. "He anchors our defense, and defense wins games." 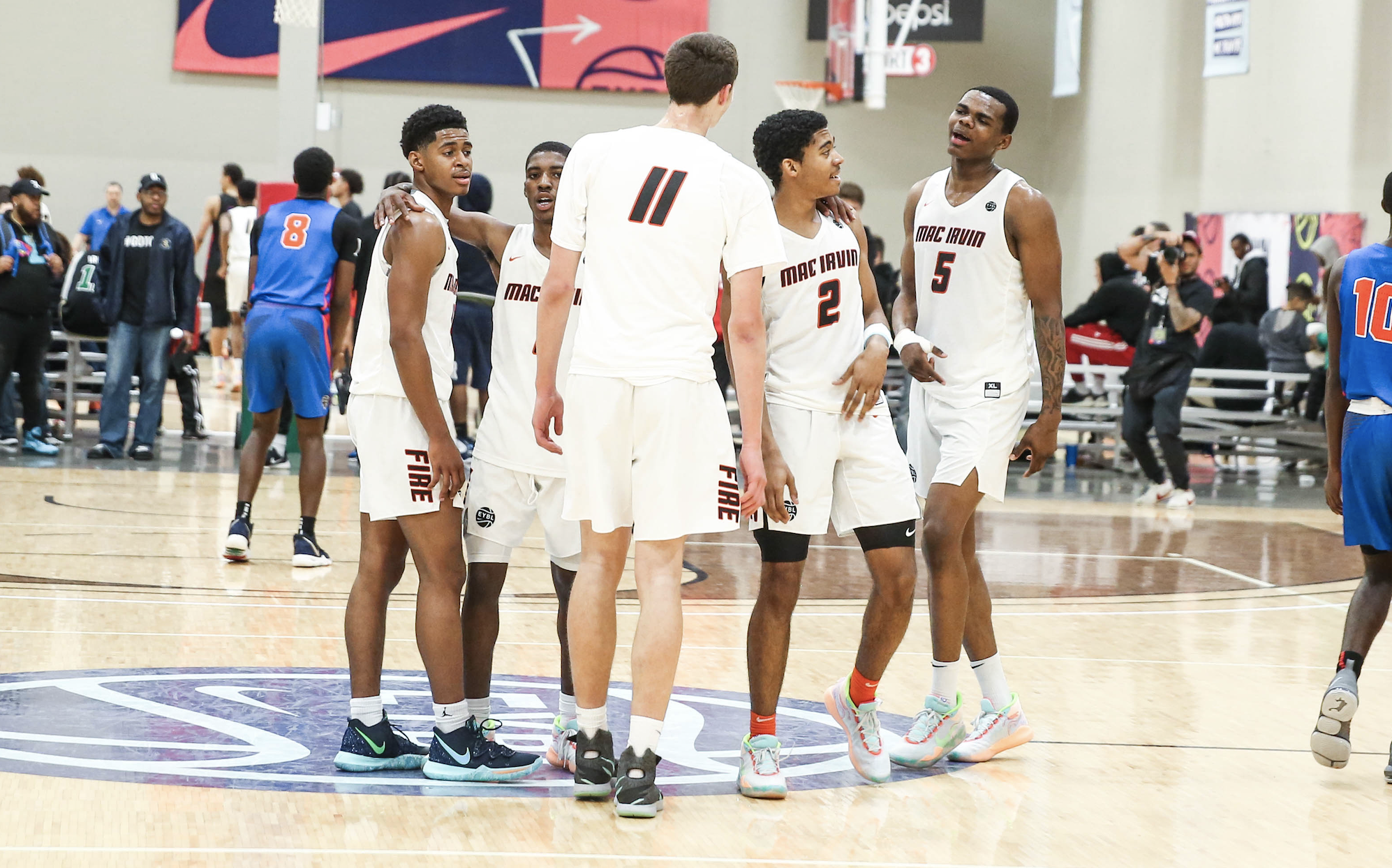 Irvin was asked to explain Kalkbrenner as a player, and he proceeded to give a glowing review.

"First of all, he's 7-foot and mobile," Irvin explained. "He can guard a pick and roll, he blocks shots, and he can guard all five positions. He's a very smart defender."

One of the most noticeable parts of Kalkbrenner's game?

"He never gets in foul trouble," said Irvin.

That notion is backed up by Kalkbrenner's 1.6 personal fouls per game. This has allowed him to constantly be on the floor for the Fire, and their defense has proven to be amongst the league's best when he's manning the backline.

Kalkbrenner, who averaged 13.9 points and 7.6 rebounds as a high school junior, is tapping into his potential at the perfect time. Irvin has been around his fair share of elite players, and he saved some rather high praise for his big man.

"(Ryan) has been unbelievable on defense," Irvin said.