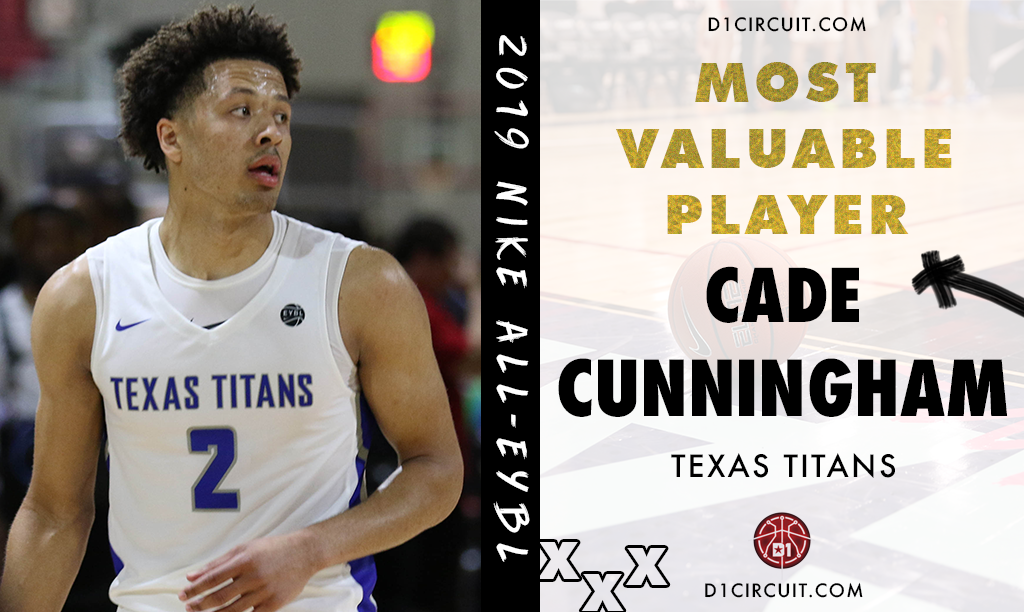 Put the time in, get results.

No matter the sport or activity, this method is tried and true.

That's the exact recipe that Cade Cunningham took into his preparation for the 2019 Nike Elite Youth Basketball season.

If his season-long showing this spring is any indication, there's no need to tinker with the ingredients.

Cunningham dazzled during the EYBL regular season, averaging 25.1 points, 6.6 rebounds, 5.2 assists, 2.9 turnovers, 1.5 blocks, and 1.4 steals in 12 games. Cunningham's efforts helped lift the Titans to a 12-1 regular season record, and he showcased an improved efficiency in his shooting. The 6-foot-7 point forward shot 55.7 percent from the floor, 73.3 percent from the line, and 37.1 percent from distance.

Cunningham can do a bit of everything on the floor. He is equal parts smooth and aggressive, and his ability to see the floor and play-make in the halfcourt is well beyond his years. His strength and body control while facilitating and attacking the defense is his calling card, and his motor rarely turns off on the defensive end of the floor. His wingspan and broad shoulders allow him to effectively defend multiple positions and rebound at a high rate. 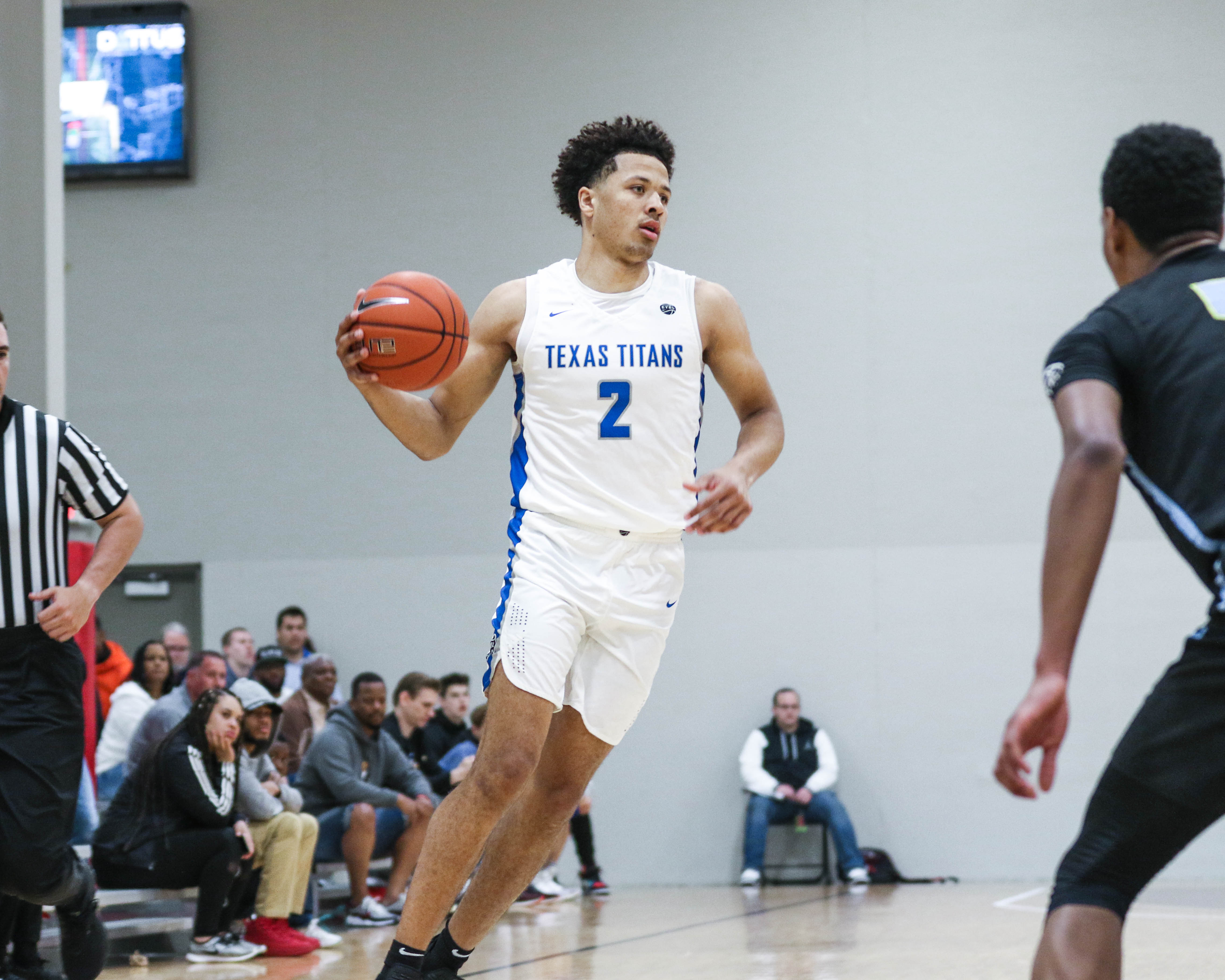 "Cade has the ability to affect the game in so many ways," Texas Titans head coach Greg Gober said. "He is a great team guy that places the ultimate premium on winning.  He somehow finds a way to make everyone better, and his skill set allows him to be a part of every possession."

Cunningham prides himself on his work ethic, and the confidence he has in his approach allows him to remain even-keeled as he navigates the top grassroots basketball league in the world.

"I put a lot of work in to prepare for this, so I’m not surprised by how I’ve been playing," Cunningham said. "The way I’ve played this summer is just another example of putting the time in and seeing the results work in your favor."

Cunningham got a taste of the 17-and-under EYBL in 2018, playing a single session for Drive Nation. He pointed to that experience as a helpful factor in his preparation for 2019.

"I haven’t been surprised by the EYBL, because I knew how challenging it would be," Cunningham said. "I knew how big of a stage it was to showcase my abilities."

He's had the help of several familiar faces in the Texas Titans rotation. Cunningham re-joined the Titans this spring after starring with them earlier in his youth. The squad picked up right where they left off, and their instant team chemistry resulted in the league's best regular season record. Cunningham feels supremely confident playing with the Titans, and the entire squad always looks like they're having a terrific time on and off the court.

"The Texas Titans are like one big family," Cunningham said. "There’s nobody else I’d want to win with than them."

Winning came early and often for the Titans this spring, and Cunningham was the sparkplug in every contest. They'll have their work cut out for them at Peach Jam, but they will enter the tournament as the odds-on favorite to continue their winning ways and take the crown. As it turns out, more than anything, being a victor what gets Cunningham going.

"My very favorite part about basketball is winning," Cunningham said. "There’s no other feeling like it. "

Peach Jam will be a challenge, but Gober knows Cunningham will be well-prepared.

"When you challenge Cade," Gober said.

"Be prepared to get his BEST."