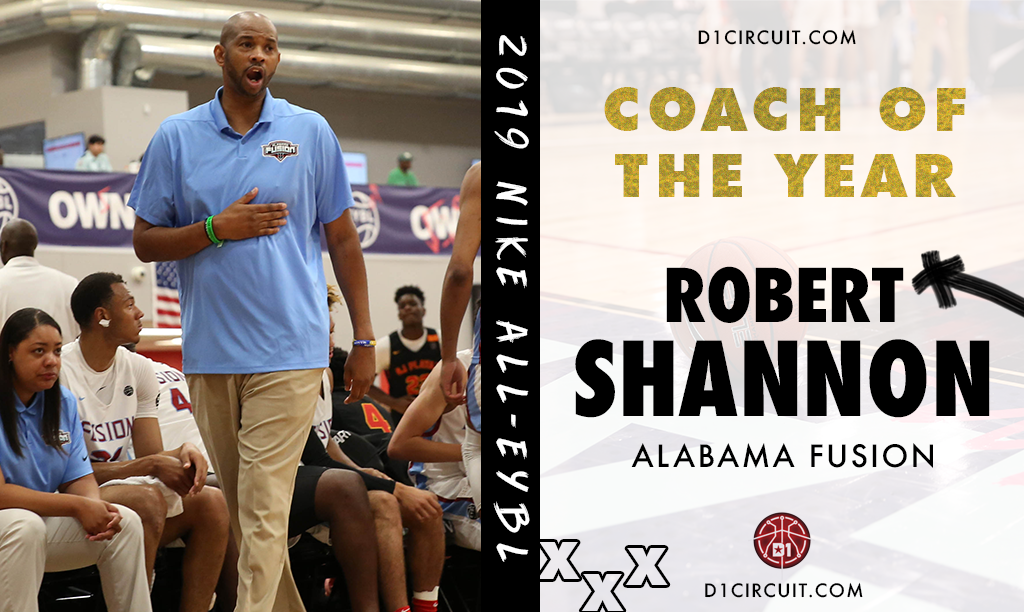 Alabama Fusion head coach Robert Shannon has coached a number of stars over the years.

DeMarcus Cousins. Eric Bledsoe, Devin Booker. Those are just a few of the big names on top of countless other eventual college stars that have come across Shannon's coaching path. He's helped groom elite talent on and off the court, and he's been doing it since 2004.

In his 15th year of coaching, it's his work this without a bonafide 'star' that might be his best.

The spring of 2019 saw the Alabama Fusion debut in the 17U EYBL, turning in a 9-4 regular season record while turning into a legitimate contender at Peach Jam. Shannon's roster consists of at least seven Division I players, but compared to other EYBL squads, their lack of a 'go-to-guy' couldn't help but be speculated before the season tipped off.

The Fusion secured a 2019 bid in the 17U EYBL after qualifying for E16 Peach Jam last summer, and even though they were highly successful at the 16-and-under level, there were still questions about the Shannon-led squad.

In the first four games, the Fusion told the grassroots basketball world exactly who they are; a high-scoring, fast-paced roster with a deep, cohesive rotation. Shannon's bunch went 4-0 in the opening session, averaging 91.3 points per game while including a 120-point performance over AOT.

Shannon's rotation features a few ranked recruits, but his bread-and-butter is meshing the talent together. They've looked downright unstoppable at times, but have also showcased to win games in clutch situations. Each player is aware of their role, and their ability to play cohesively allowed them to win 75 percent of their regular season games.

The DeMarcus Cousins & Eric Bledsoe sponsored Alabama EYBL affiliate has hit the ground running after rebranding the program from the 'Alabama Challenge' prior to the 2017 season. Their 2019 roster is comprised of a number of Fusion veterans and longtime pupils of Shannon. We reached out and asked their thoughts on their sideline general, and what separates Shannon from other coaches.

Colby Jones: It’s great playing for him. He’s going to push you past what you think you are your limits because that’s how much he trusts and cares for his players.  He’s not going to sugarcoat anything either and that helps us a lot in the long run in preparing for life. Overall it’s just great playing with him and being able to play for someone I have a lot of trust in.

Jadan Coleman: It's been amazing playing for coach Shannon. What separates him from other coaches is that he just tells you to play your game and don’t overthink things. But what really separates him is that he cares about you off the court more than he does on. He just wants to make sure his kids make it in life and that’s all you can really ask for in a coach.

Jamel King: Coach Shannon is a good coach. When you get on the court he always tells us to play our role and to play with confidence. Coach Shannon is an old-school but really cool guy. We always have fun, laugh, and joke around but when it comes to basketball he’s serious. He loves the game of basketball.

Mark Sears: Before every game Coach Shannon always say the first five minutes is going to decide who’s going to win the game. He’s the type of coach who’s going to coach you. One thing that separates him from other coaches is  that he’s going to get the best out of all the players.

Reggie Perry: It has been an amazing three years playing with coach Shannon. Playing with these guys made me a better person it taught more in life, that it’s not a one-man show, it’s a team effort and we have a family. Where we come from everybody loves each other. The thing that separates him from other coaches is that he pushes us to a limit. He wants us to better than the next man. He will always put us in predicament to where we should win, and he is always going to treat you like you his son. He loves us he will do anything for the organization.

JD Davison: He a fun coach on and off the court. Its been very great to play with him and the Fusion because he been coaching a long time and he knows the game very well. 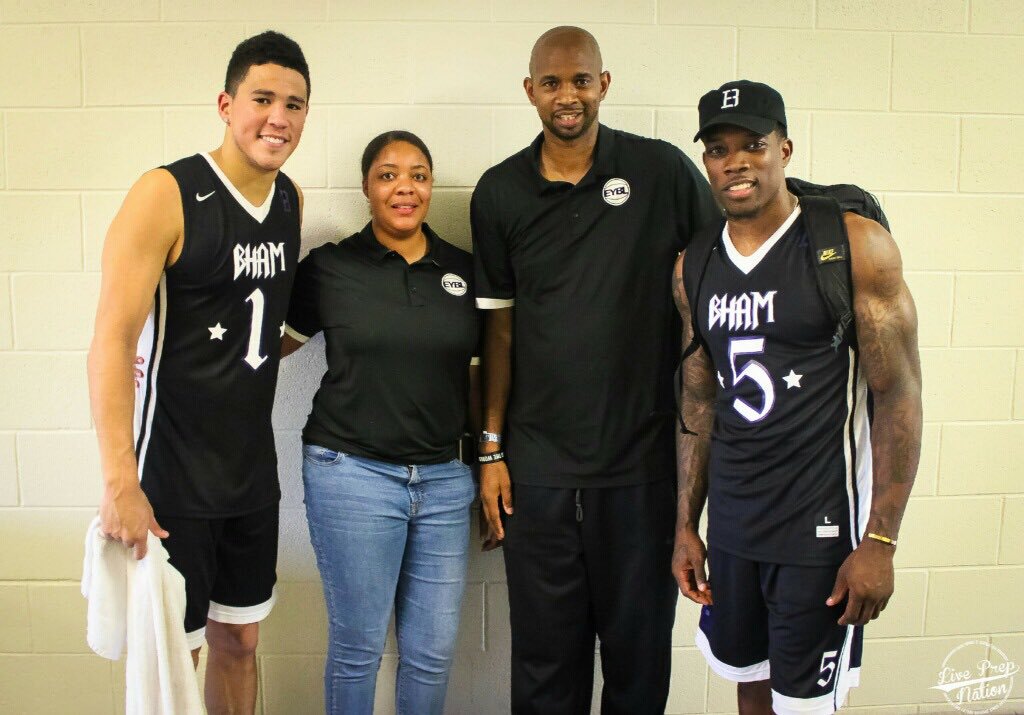