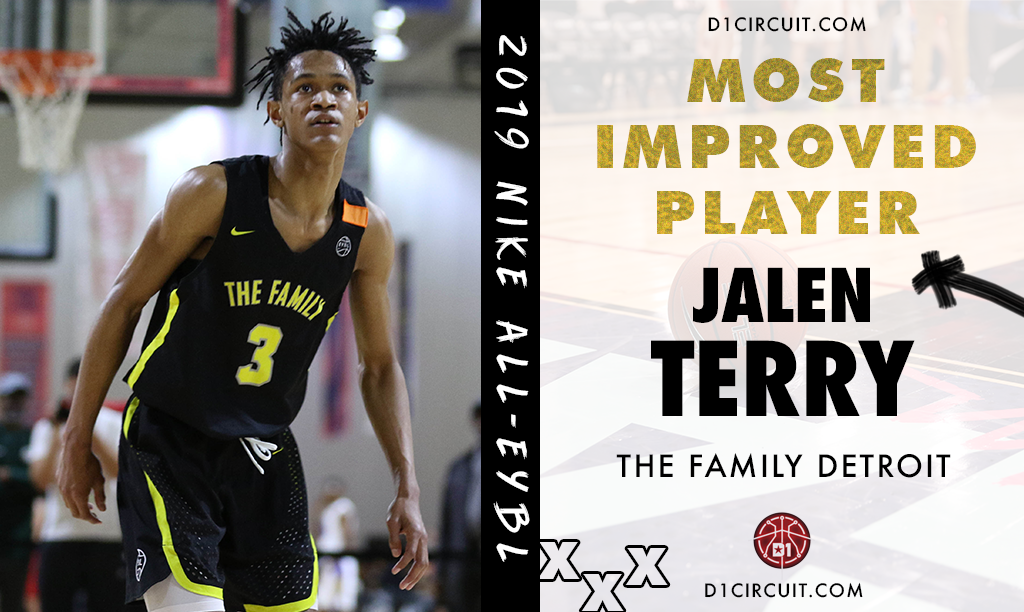 This spring, over 40 players entered the circuit with previous EYBL experience.

For the most part, the statistics told us that almost every returning player used their experience to improve on their 2018 averages.

The statistics also told us another certainty;

No one improved more than The Family Detroit point guard Jalen Terry.

A 5-foot-11 junior hailing from Beecher high school in Detroit, Michigan, Terry started alongside Michigan State-bound Rocket Watts last spring. He took the passenger seat as Watts drove, and it allowed him to ease himself into comfort against the nation's top competition.

Terry - also committed to Michigan State - averaged 6.8 points on 36 percent shooting in 2018, finding trouble finishing around the basket against elite length and athleticism. Terry added in averages of 2.5 rebounds and 2.0 assists per game, only turning the ball over 16 times in 16 games.

Terry entered this spring coming off lofty 2018-19 high school averages of 22.5 points, 7.0 rebounds, 5.7 assists, and 3.6 steals per game. He showed improvements across the board, and for the first time in his 'Family' career, he would enter the club season as 'the guy'.

Terry answered every bell imaginable, improving every statistical average across the board outside of turnovers. The future Spartan averaged 19.1 points, 5.6 assists, 4.5 rebounds, and 2.7 points in 13 games, proving to be one of the most productive two-way point guards in the country. Terry is quick, crafty, and isn't afraid of contact. His presence on the floor clearly makes his teammates better, and his activity on defense is perfect for the pace 'The Family wants to play. 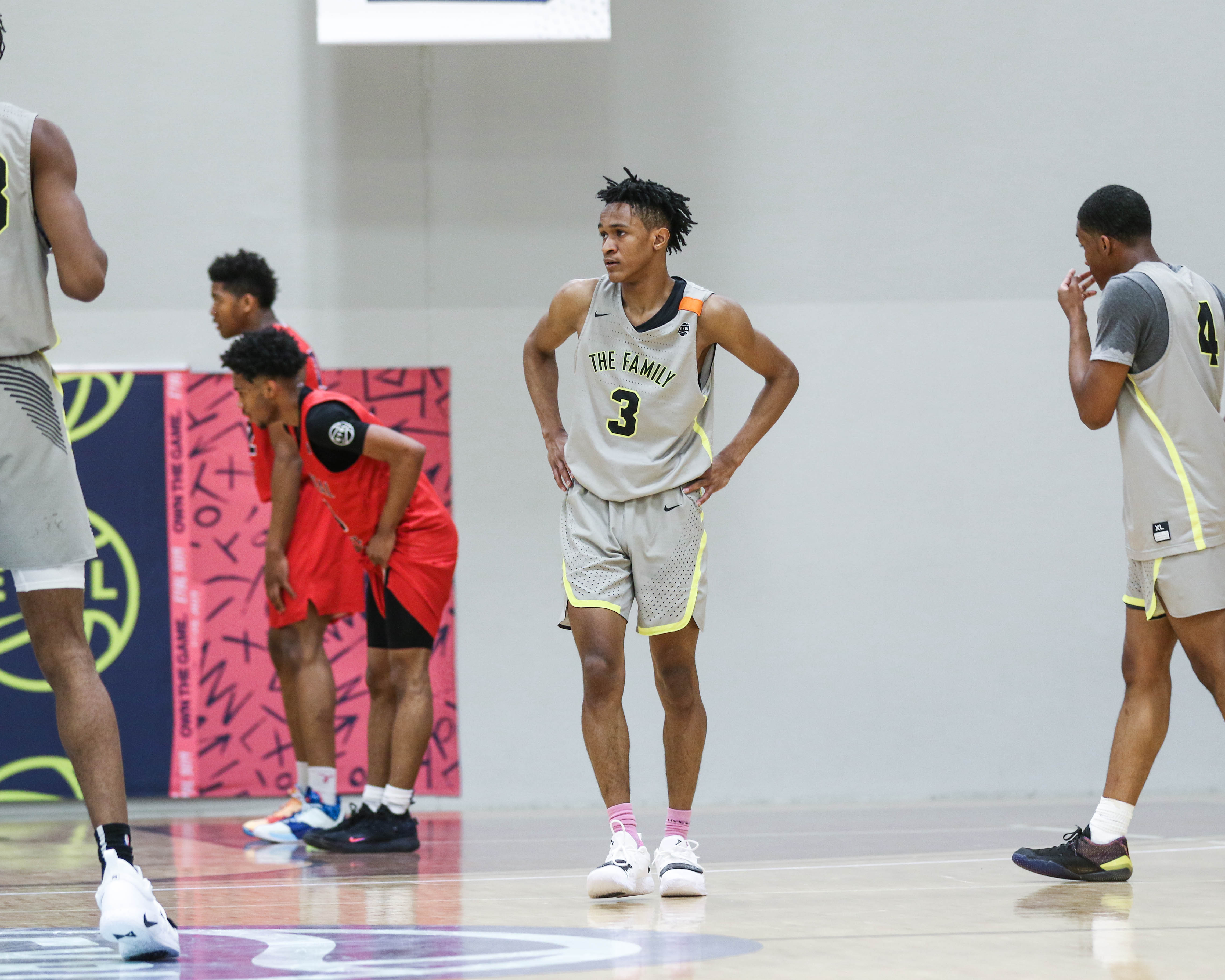 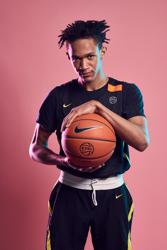 Calling Terry's 2018 and 2019 seasons a 'tale of two seasons' is incredibly cliche, but that's exactly what it was. According to The Family head coach Courtney Williams, this is a long time coming for his longtime pupil.

"I’ve been coaching (Jalen) since he was 10 years old, and it’s been a pleasure to see his growth year by year," Williams said. "He’s always adding something new to his game and not just relying on getting by with his athletic gifts."

Williams listed Terry's spring growth plan and his point guard knew where he needed to get better.

"It was a goal of his to take a step forward with defense, communication, and leadership," Williams said. "It’s vital for his success going forward as a high major point guard, and it’s been important to our success this season."

Terry will take his talents to Lansing, Michigan in 2020, but until then, he, Williams and The Family will contend at the Peach Jam. Terry missed out on a berth last season, and he's clearly used that as motivation to continue making this season different. Williams thinks the future is bright, and it goes past being a 'high-major' point guard.

"I think as (Terry) continues to grow in those three areas mixed with gaining strength," Williams said.

"You could see a kid who’ll be playing in the Association one day."