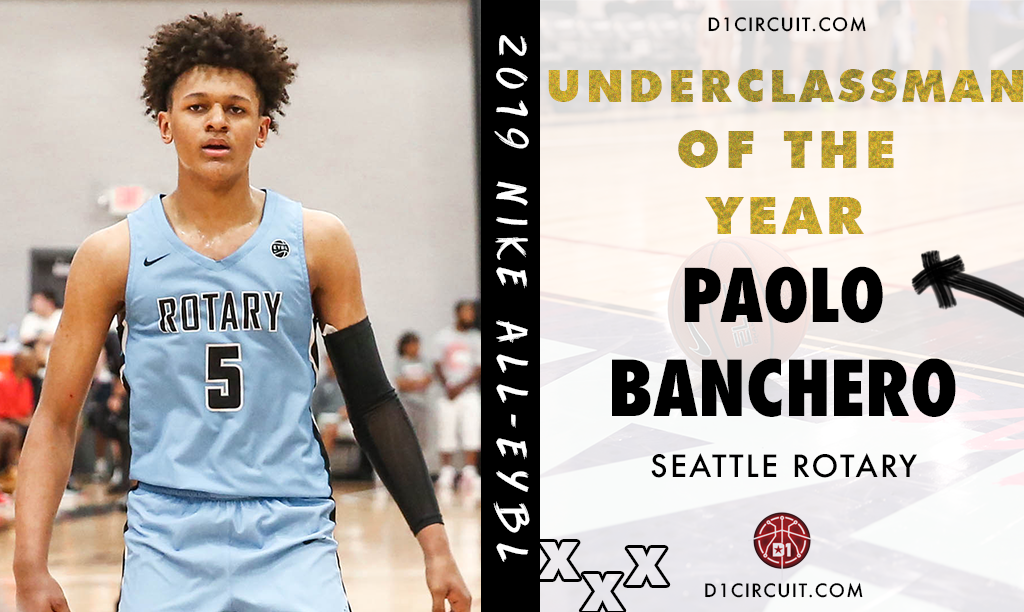 Last year, Paolo Banchero put up some of the most impressive freshman numbers in the history of the EYBL.

The 6-foot-8 2021 graduate helped top-five 2019 recruit Jaden McDaniels lift Seattle Rotary to their first Peach Jam bid in eight years. He averaged 13.8 points, 7.8 rebounds, 2.6 assists, and 1.6 steals in 21 games, and quite frankly, he looked like the next big thing coming out of the west coast. 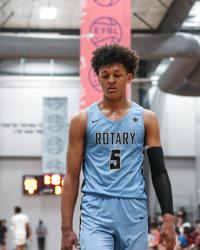 Banchero stepped up as 'the guy' for Seattle Rotary, and he performed like the role was made for him. Banchero averaged 21.8 points on 52 percent shooting while grabbing a league-high 11.2 rebounds per game. His offensive and rebounding production improved by 40 percent apiece, but it's his defense that received the biggest lift.

Focused on improving his defense entering the season, Banchero went to work around the paint for head coach Jamaal Williams and his Rotary teammates. Banchero swatted 31 shots in 13 games, good for 2.4 rejections per contest. He was active and productive without getting into foul trouble, and his ability to lead the break after a board or defensive play is ever-improving.

Williams wanted Banchero to be a leader heading into the spring, and his sophomore star delivered. 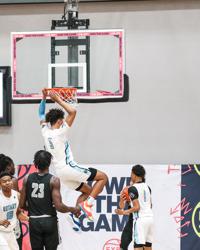 "Paolo has matured and developed so much over this EYBL season," Williams said. "He has taken over the leadership role and embraced it from day one."

Banchero is an extremely versatile prospect, and if he keeps adding to his overall game, the sky is the limit for him as a basketball player. He rarely makes a mistake with the ball in his hands and is a constant motor on both ends of the floor, two characteristics that should continue to stand out as he progresses as a point-forward.

Williams has been Banchero's coach for two years now, and he remains in awe of his go-to-guy.

"It's been a pleasure watching his game from his first EYBL season to now."

Paolo by the numbers: