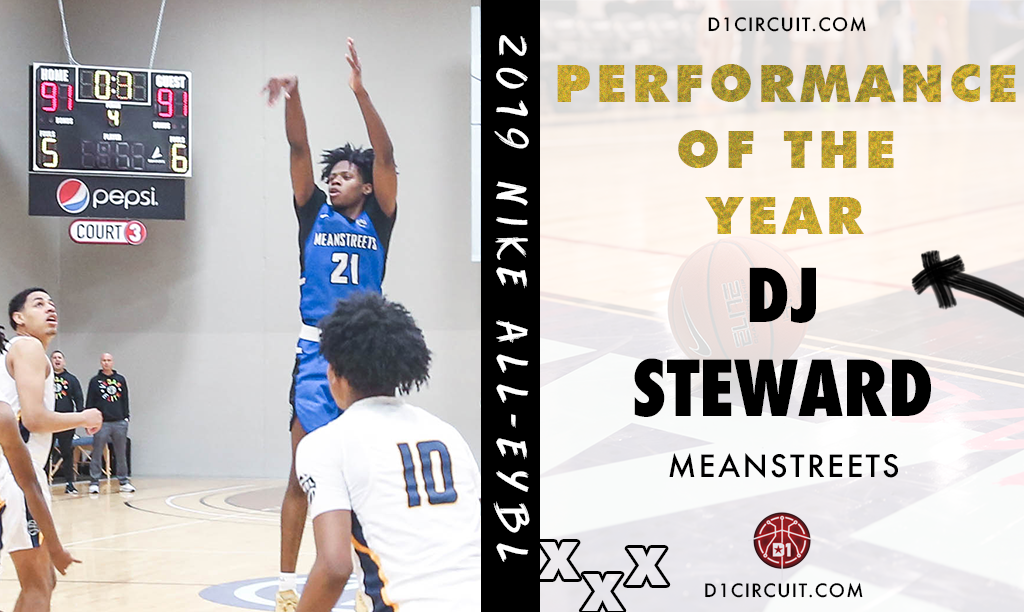 Every EYBL season, there are a number of performances that stand out from the pack for different reasons.

None were more complete than DJ Steward's session-closing performance in Indy.

Steward was already having a career day against Vegas Elite in the closing game of EYBL Indianapolis.

The final shot put the cherry on top.

With seconds remaining in double-overtime against No. 4 Vegas Elite, MeanStreets turned to their star, and Steward delivered in a big way.

Meanstreets guard Ahron Ulis handed the ball off to Steward, who proceeded to use two deadly shot-fakes to get off a virtually-uncontested final shot. The second fake was notably impressive, as Steward was well aware of the time needed to get a shot off and he got two defenders to bite.

Steward finished the contest with 46 points on 19-31 shooting, throwing in six rebounds, four assists, and three steals in the heroic performance. MeanStreets was staring at a 1-3 record in Indianapolis and Steward's performance and final shot was a potential season-saver.