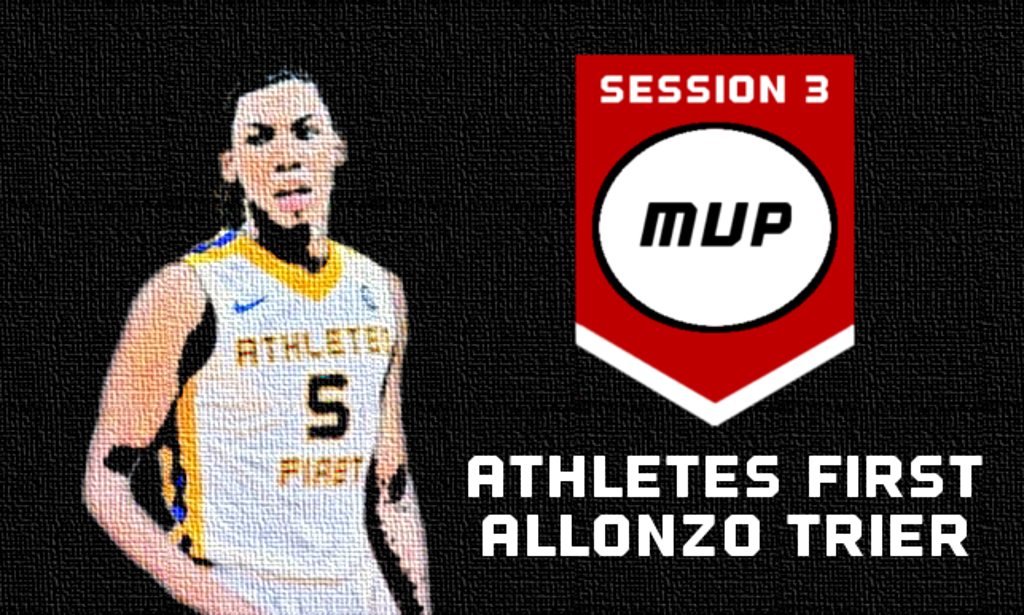 Simply put, Allonzo Trier made this an easy decision. Leading Athletes First to a 3-1 record in Hampton, Trier was as good as he's ever been. In the four games, Trier averaged 32.3 points, 3.8 rebounds, 2.3 assists, while shooting a blistering 54% from the field and 92% from the line - also his season average.

During the session, Trier became the first player in EYBL history to score 30+ points in all four games. Accomplishing a feat that has never been done before, while also being a team-first player, Trier was extremely humble when the record was brought to his attention.

"Tremendous honor to do such a thing," Trier said. "I never even thought about that accomplishment. It's pretty cool to do it first though."

Trier had his most efficient performance in Athletes First only loss of the session, a six point defeat to a gritty Team United squad. As far as Trier is concerned, the numbers don't mean much if his team doesn't get the win. Leading the youngest team in EYBL history is quite the task, and Trier has taken it head-on.

"We're so young," Trier stated. "But we're not accepting that loss (Team United) as being okay. We will learn from it. I just have to continue to lead my team of young guys in preparation of the Peach Jam."

Trier's numbers display his substantial improvement over the past year. He gives credit to Oklahoma City Thunder star and 2014 NBA MVP Kevin Durant, who saw something special in Trier.

"I owe a lot of thanks to KD, as well as his trainer and manager," Trier explained. "They've taken me under their wing and made me work, it's really helped my game."

Sitting in second place through three sessions already a qualifier for the illustrious Peach Jam, Athletes First is clicking on all cylinders. As long as Mr. Trier is in the lineup, they have a chance to beat anyone on the circuit.