Ponds' Recruitment has Taken Off 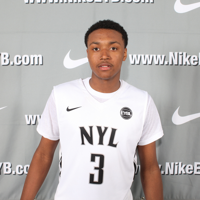 Class of 2016 point guard Shamorie Ponds has continued to rise up the ranks this year with his performance in the Nike EYBL for the New York Lightning. He is a big reason why his team qualified for the Peach Jam. Ponds looks to bring a certain mindset into the big event.

“I feel that we have to play as a team,” he said. “When we play as a team we beat the best programs in the league. We beat CP3, St. Louis and other great programs because of our teamwork. If we play together, I think we can win the whole thing.”

Ponds is averaging 17.1 points per game in the EYBL and because of this his recruitment has taken off.

“I am taking it slow right now,” Ponds told GivenGo. “I’m just trying to weigh out my options to see if I can land more offers. I am not cutting anything down yet and I definitely don’t have a list of schools.”

“Tennessee has expressed a lot of interest in me,” said Ponds. “I’ve been talking to the coaches on staff there and they seem interested.”

The tough NYC guard sees four schools coming at him the hardest.

He plans on cutting down his list in the middle of his senior year and making his decision sometime after that. Programs that are recruiting Ponds have told him what type of role they would like him to play on the next level.

“They said they would want me to be a scoring guard,” he said. “A lot of them have just said to play my game. Some have said I can be the face of their 2016 recruiting class.”

The name Shamorie Ponds will be heard quite a bit in the future especially in the month of July. Look for him to continue to surprise and impress as his career moves along.